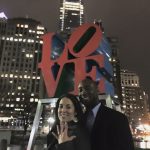 Liz and Toomey Met on 9/29/2007 .
Here is her story on how they met.
I went with my best friend, Kim and Toomey went with her boyfriend on a bus trip to a boxing fight in Atlantic city. It was funny because Kim described her boyfriends friend (Toomey) as the “party animal” so I had no intention of liking this guy let alone one day having a child and marrying this guy. He ended up falling asleep on my shoulder on the bus ride home. (Anyone who knows Toomey it’s a typical occurrence to fall asleep when he shouldn’t ) he sent his number to me through Kim and her boyfriend a week later. Remember I still thought he was the party animal, so I didn’t give him my number that night. He asked me out for ice cream and I turned him down because I was a health nut and we ended up going out a few weeks later for some dinner and drinks. Turns out he wasn’t a party animal at all!! He was quite the bachelor though and lived a bachelor life. We took it slow and I let him meet my oldest daughter 8 months after we started dating. After that, everything moved very very fast and here we are now! 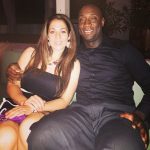 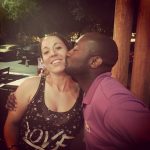 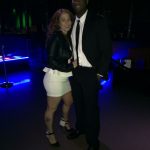 We worked with Brenda to book our “Dream” wedding! ...Read more!